Allen teaches the Mysore style classes at The Seeds of Life in Ubud when Iain is away.

Allen stumbled upon Ashtanga Yoga in 2005 after being an avid professional rock climber and member of the Philippine National Climbing team since 2003. She found Ashtanga to be effective as a tool to relieve her finger & shoulder injuries. The portability of the Mysore practice suited her perfectly for travelling during climbing competitions. Yoga practice helped her with focus, mindfulness and handling fears in competitions and rock climbs.

Allen helped to cultivate a dedicated Ashtanga community in the Philippines. She started teaching at different yoga studios in Manila in 2009 and facilitated workshops in other locations around the country. In 2010 she took her first trip to Mysore, India and began studying directly under the guidance of R. Sharath Jois. After practicing with Sharathji in Mysore on three occasions, she received Level 2 Authorization in 2015 and she assisted Sharathji in the KPJAYI shala in October 2016. She has now practiced with Sharatji in Mysore 6 times and has begun working on Advanced A series with him.

Allen taught a daily Mysore program for over 2 years in Jakarata, Indonesia and has led Mysore style programs in Manila, Cebu and El Nido in the Philippines and Shanghai, China.

In other disciplines, she was one of the teachers who started Antigravity Aerial Yoga in the Philippines and she is a trained barre teacher of the Physique57 method.

Allen enjoys guiding students into a fully absorbed and embodied experience from the moment they step on the mat and she helps each individual practitioner realize their full potential to move in a safe and empowered way. 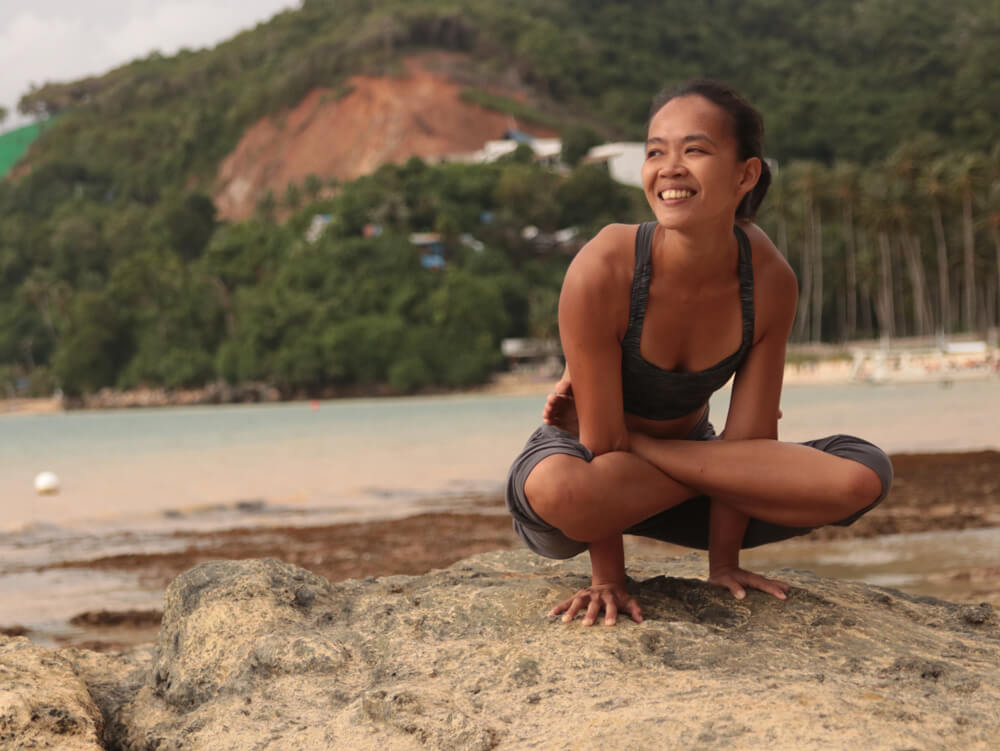